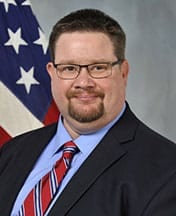 Dr. David Martin, Ed.D. is the Superintendent at the Tennessee School for the Blind in Nashville. David worked for Bart Durham Injury Law from October of 1999 to December of 2002 as a legal assistant while completing his undergraduate degree at Tennessee State University. David and Bart met at a local wrestling show where they both were performing. “I met Bart one night when working on a show in Lebanon, Tennessee,” Martin remembered. “I had always had an interest in the law and asked if he had any openings in his office. He told me to reach out to Pam Wheeler and the rest is history.”

While working in the office, David wore many hats. He assisted paralegals, served as the office runner, answered the phones and worked on special projects including the production of commercials and coordinating various office functions. “I learned a lot about life,” Martin noted. “Bart, Rich, Pam and the rest of the folks in the office always encouraged me to pursue my education, and now here I am!”

David went on to work in the non-profit and corporate sectors before becoming an educator. He served as a social studies teacher in both Florida and Georgia before becoming an administrator for the Department of Defense Education Activity (DoDEA). While with DoDEA, he served both stateside and overseas including two years in Naples, Italy. Most notably, he opened a brand new 21st Century elementary school at Ft. Campbell, Kentucky in 2016. David also carried with him the advice he got working at Bart’s office and went on to earn his Master’s degree in Educational Leadership, his Educational Specialist’s degree in Curriculum and Instruction, and his Doctorate degree in Educational Leadership.

“I have always viewed my years working for Bart fondly,” David expressed. “He made it possible for me to begin my educational journey and I made life-long friends in the process.”